However, more regulatory T-cells are linked with better outcomes 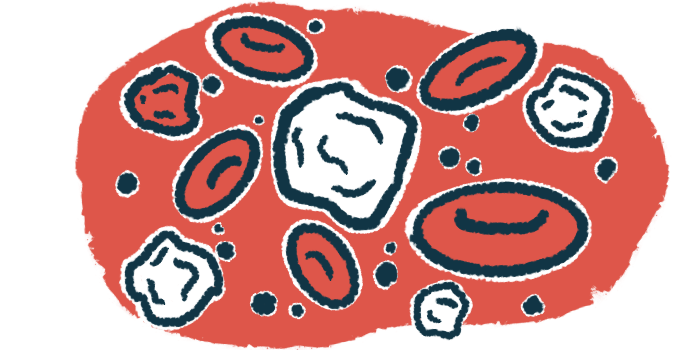 The findings suggest that measuring T-cell subsets at the time of ALS diagnosis may help predict the rate of disease progression and survival. It also “could contribute to the development of new treatments that target immune cells to slow down the course of the disease,” Solmaz Yazdani, a doctoral student at Karolinska Institutet and first author of the study, said in a press release.

Like many other neurological disorders, ALS is marked by increased inflammation in the nervous system, which is believed to contribute to the disease’s progression. The roles that different types of inflammatory immune cells play in the disease remain incompletely understood, however.

Here, researchers conducted cellular analyses on samples taken from 89 people in Sweden who were newly diagnosed with ALS between March 2016 and March 2020; they were followed until October 2020, or until they died or required invasive ventilation to breathe. Cell counts were measured both in blood and also in cerebrospinal fluid (CSF, the liquid around the brain and spinal cord).

Results showed that disease progression, as measured with a standard tool called the ALS functional rating scale-revised (ALSFRS-R), was significantly faster among patients with higher numbers of effector T-cells at diagnosis. Effector T-cells are a class of inflammatory T-cells that are able to kill other cells (for example, cells infected by a virus or cancer cells).

Survival also was associated with these two types of T-cells. Similar to the findings for disease progression, patients with a higher number of effector T-cells at the time of diagnosis had a higher risk of death, while those with a higher level of activated Tregs had a lower risk of death.

These findings were generally consistent in analyses of both blood and CSF, though data from CSF samples mostly showed a stronger statistical association with disease progression rates.

Additional analyses of effector cells in the CSF showed that ALS patients generally had more effector T-cell expansion. That basically means there was evidence these inflammatory cells were being activated in the nervous system, causing them to divide and promote further inflammation.

“T cell expansion in CSF appears to be a feature of ALS, strengthening the view that effector T cells might direct a deleterious immune response in ALS,” the researchers wrote. Genetic profiling of T-cells also indicated more activation in ALS.

Because activated effector T-cells can launch potent inflammatory attacks, these results represent “one of the strongest arguments obtained so far for an autoimmune disease component in ALS,” the researchers added, though they stressed it is impossible to draw any definitive conclusions about cause-and-effect from this observational study.

The team called for further investigation into the role of T-cells in ALS, noting that understanding these immune mechanisms may pave the way for new treatment strategies.

“We have plans to collect samples from these individuals to study changes in the immune cells over time,” Yazdani said. “In addition, we want to study effector T cells in more detail to understand their role in ALS.”