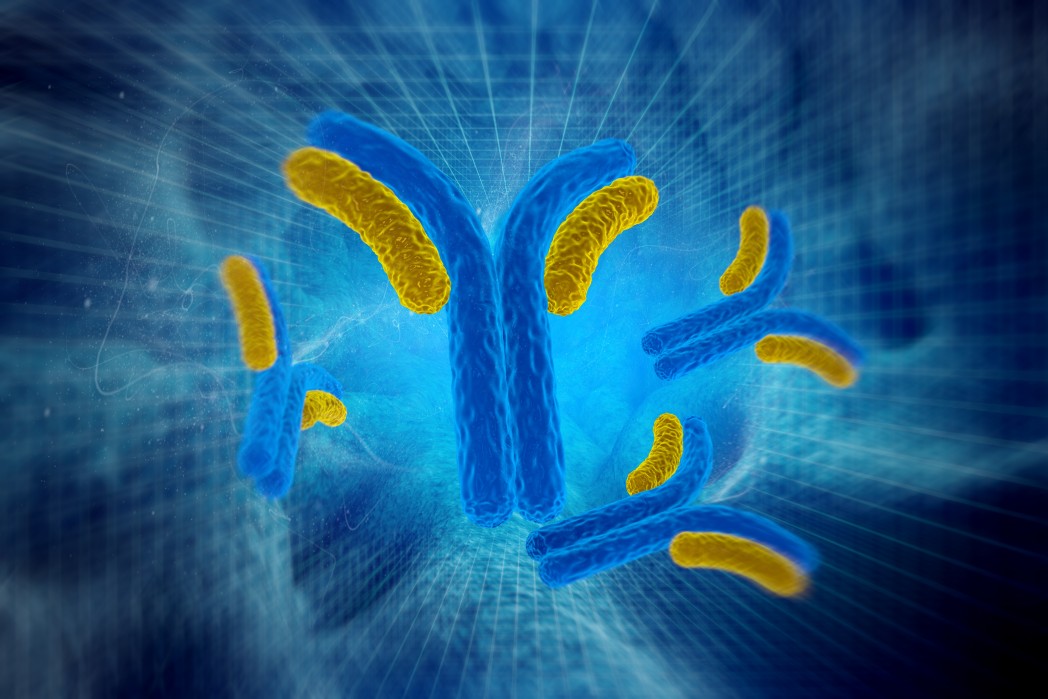 ALS is a progressive neurodegenerative disease characterized by the gradual degeneration and atrophy of motor neurons in the brain and spinal cord that are responsible for controlling essential voluntary muscles, such as the ones related to movement, speaking, eating, and even breathing. ALS patients may become totally paralyzed and the majority dies due to respiratory failure within two to five years after diagnosis. It is estimated that more than 300,000 Americans suffer from the disease for which there is currently no cure.

LRP4 is a protein important for neuromuscular function. It is involved in the development and proper function of motor neurons and neuromuscular junctions in the brain and spinal cord. Autoantibodies against LRP4 have been previously observed in around 3% of patients with myasthenia gravis (MG), a medical condition caused by neuromuscular junction dysfunction and characterized by fluctuating muscle weakness and fatigue.

In the study, researchers assessed ALS patients for the possible presence of LRP4 antibodies, given the critical role of LRP4 in motor neuron function. The team developed a sensitive cell-based assay to detect LRP4 antibodies. In total, 191 ALS patients from three different countries were analyzed, namely Greece, Italy and Israel.

The research team concluded that approximately one in five ALS patients in the cohorts analyzed had antibodies against LRP4. The team believes that LRP4 autoantibodies contribute to the pathogenesis and neurological manifestations linked to ALS, perhaps by participating in the denervation process. The authors propose that LRP4 antibodies could be considered a useful biomarker and potential therapeutic target for the disease.

“ALS is a heterogeneous disease in terms of clinical phenotype and pathogenicity,” said the study’s author Dr. John Tzartos from the Hellenic Pasteur Institute, Greece in a news release. “As a consequence, the identification of specific biomarkers might allow subgrouping of ALS patients, allowing early and specific intervention (…) hopefully before permanent damage occurs.”

“The important role of LRP4 is that it [provides evidence] that the presence of anti-LRP4 antibodies in a subgroup of ALS patients may be pathogenic,” explained Dr. Tzartos. “Immunosuppressive therapies have failed in ALS. However, if we concentrate the efforts in a subgroup of patients, such as this, and start from the earliest steps of the disease, we may be able to show an effect of immunosuppression in this subgroup.”

Further studies should confirm whether LRP4 antibodies can be considered a reliable biomarker for ALS. “We don’t know if this is related to the disease or not,” commented the chief of neurology at Massachusetts General Hospital Dr. Merit Cudkowicz, who was not involved in the study. “Being different from healthy controls doesn’t yet provide information on whether the antibodies are useful as biomarker.”

The director of the Duke ALS Clinic, Dr. Richard Bedlack, who was also not involved in the study added, “I think it is too early to know what this means, (…) There is clearly immune dysregulation — including a variety of autoantibodies — in at least some patients with ALS, but the question is whether this is a cause for, or a response to, the disease.”