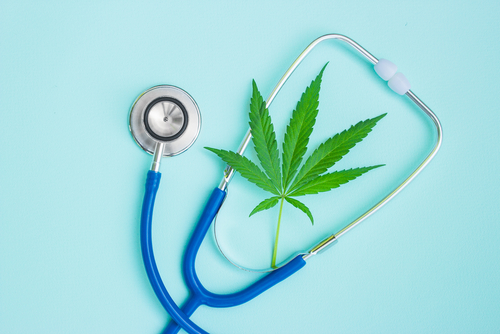 The agency “urges the companies to review all claims made for their products, including consumer testimonials, to ensure they are supported by competent and reliable scientific evidence,” according to a press release. The FTC also warned that continuing to sell CBD products without such evidence could violate the FTC Act and result in legal action.

The companies — which the FTC did not name — have been instructed to respond within 15 days to tell the agency what specific actions have been taken to address the FTC’s concerns.

“It is illegal to advertise that a product can prevent, treat, or cure human disease without competent and reliable scientific evidence to support such claims,” the agency warned in its letters.

CBD is one of the active compounds of the cannabis plant that has garnered interest in past years for the treatment of multiple health conditions. In contrast with other cannabis compounds, CBD has demonstrated to have anti-inflammatory and pain-relieving properties without any psychoactive effects.

Despite the therapeutic potential of cannabidiol, there is scarce scientific evidence effectively demonstrating the safety and benefits of CBD-based products. In most cases, there haven’t been enough well-controlled studies to make reliable scientific conclusions about CBD’s efficacy, or lack thereof.

According to the FTC, however, that has not stopped some companies — and these three in particular — from making unsubstantiated claims about the “benefits” of CBD.

The three companies to which letters were sent sell CBD-infused oils, tinctures, capsules, gummies, and creams. According to the FTC, all have advertised that their CBD products are able to cure or treat serious health conditions and diseases. Beyond relieving pain, the three companies claimed their products could treat arthritis, fibromyalgia, Parkinson’s disease, cancer, Alzheimer’s disease, amyotrophic lateral sclerosis (ALS), Crohn’s disease, psoriasis, and multiple sclerosis.

One company’s website claims that CBD “works like magic” to relieve “even the most agonizing pain,” suggesting that this pain-relieving effect is more powerful than that of prescription opioids, which include morphine and oxycodone. To support its claims the company states that it has worked with Harvard scientists through “thousands of hours of research.”

Another company described CBD as a “miracle pain remedy” for both acute and chronic pain. The third states that CBD gummies are highly effective at treating “the root cause of most major degenerative diseases,” and claims its CBD cream relieves arthritis pain.

There have been studies to suggest that CBD can relieve pain for some patients. However, the sweeping generalizations in these companies’ advertisements ignore many relevant caveats. Most  studies on CBD were done in people with a serious disease, such as cancer, and they often include a small number of participants. Even in cases in which the study shows statistically significant changes, the positive impact tends to be modest, not allowing scientists to reliably say whether or not CBD is helpful in managing pain or other symptoms.

The FTC teamed up with the U.S. Food and Drug Administration (FDA) in March to sent similar joint warning letters to three other companies — Nutra Pure, PotNetwork Holdings, and Advanced Spine and Pain. Those letter, which raised similar concerns related to marketing CBD, also allowed the companies 15 days to take corrective action.

Marisa holds an MS in Cellular and Molecular Pathology from the University of Pittsburgh, where she studied novel genetic drivers of ovarian cancer. She specializes in cancer biology, immunology, and genetics. Marisa began working with BioNews in 2018, and has written about science and health for SelfHacked and the Genetics Society of America. She also writes/composes musicals and coaches the University of Pittsburgh fencing club.

Marisa Wexler, MS
Marisa holds an MS in Cellular and Molecular Pathology from the University of Pittsburgh, where she studied novel genetic drivers of ovarian cancer. She specializes in cancer biology, immunology, and genetics. Marisa began working with BioNews in 2018, and has written about science and health for SelfHacked and the Genetics Society of America. She also writes/composes musicals and coaches the University of Pittsburgh fencing club.
Latest Posts
Print This Page