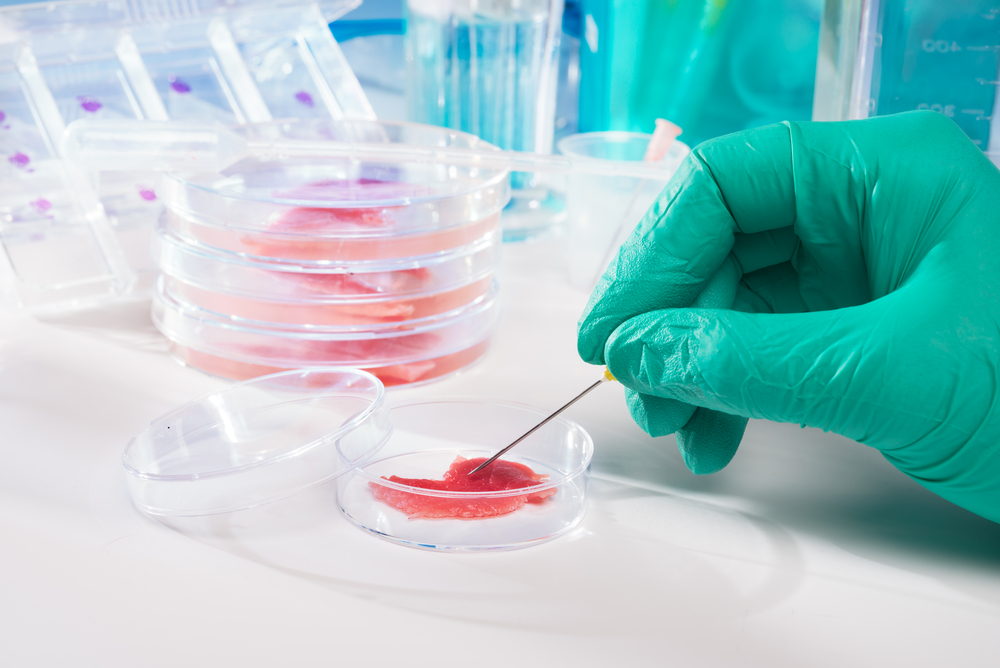 A research group at Duke University accomplished a pioneering feat in laboratory synthesis. They were able to grow the world’s first human muscle that is able to contract and respond to external stimuli, just like normal human tissue, and to respond to biochemical signals and pharmaceuticals.

This new discovery can potentially enable the development of personalized medicine and new drugs for conditions such as amyotrophic lateral sclerosis (ALS), a condition that gradually weakens the muscles, eventually affecting the ability to chew, swallow, speak and breathe independently.

The study, titled, “Bioengineered Human Myobundles Mimic Clinical Responses of Skeletal Muscle to Drugs,” was led by Nenad Bursac, an associate professor of biomedical engineering at Duke University, and Lauran Madden, a postdoctoral researcher in Bursac’s laboratory. Results from this study are published in the journal eLife.

“The beauty of this work is that it can serve as a test bed for clinical trials in a dish,” said Bursac in a recent news release. “We are working to test drugs’ efficacy and safety without jeopardizing a patient’s health and also to reproduce the functional and biochemical signals of diseases—especially rare ones and those that make taking muscle biopsies difficult.”

The researchers used human cells called myogenic precursors, which are cells that have progressed from being stem cells but have not yet developed into muscle tissue. They replicated these cells and dispensed them using a 3D scaffolding with a specialized gel, which made the formation and alignment of the muscle tissue.

“We have a lot of experience making bioartifical muscles from animal cells in the laboratory, and it still took us a year of adjusting variables like cell and gel density and optimizing the culture matrix and media to make this work with human muscle cells,” said Madden in the press release.

Subsequently, the researchers found that these synthesized muscles were able to contract and respond to external stimuli. They also observed these muscles’ ability to respond to drugs, including statins used to lower cholesterol, and clenbuterol, a drug known to be used off-label as a performance enhancer for athletes. Results revealed that these muscles were able to respond to the drugs, similar to how native human muscle tissue reacts to pharmacologic stimulation.

“One of our goals is to use this method to provide personalized medicine to patients,” said Bursac in a press release. “We can take a biopsy from each patient, grow many new muscles to use as test samples and experiment to see which drugs would work best for each person.”

“There are a some diseases, like Duchenne Muscular Dystrophy for example, that make taking muscle biopsies difficult,” said Bursac in the press release. “If we could grow working, testable muscles from induced pluripotent stem cells, we could take one skin or blood sample and never have to bother the patient again.”