Patients Struggle With Life Quality But Hold to Treatments: US Survey 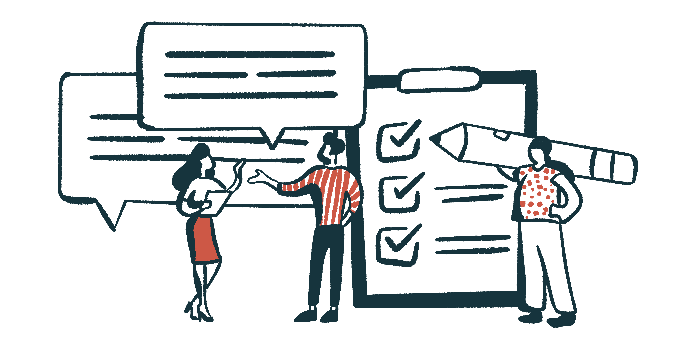 More than half of the people with amyotrophic lateral sclerosis (ALS) responding to a survey were dissatisfied with their quality of life and pessimistic about their future. The U.S.-based survey was conducted by ALS News Today.

Nevertheless, the vast majority of respondents reported to be satisfied with their health insurance provider and said they were not considering switching treatments.

Overall, these findings highlight the severity of ALS despite adequate medical care, and that more should be done to improve quality of life and understand the needs of ALS patients.

The online survey was conducted in collaboration with the Business Intelligence arm of BioNews, which publishes the ALS News Today website.

“With over half of ALS patients reporting being unsatisfied with their quality and life and being pessimistic about their future there are significant needs to be addressed to improve these deeply personal feelings,” Jacob Harney, PhD, operations manager for Business Intelligence, said in a statement to ALS News Today.

“The life limitations of ALS, even with treatments and physical aids (which are required by most patients), are significant resulting in pessimism about the future,” Harney added.

Launched in March 2021, the survey sought to gain greater understanding of the ALS community, focusing on disease management, treatment plans and side effects, insurance, and patient quality of life.

Who answered the survey?

A total of 290 U.S. residents completed the survey, and over two-thirds of them — 200, or 68.97% — were people living with ALS or answering on behalf of someone with ALS. The remaining respondents included family members or friends of ALS patients (37.87%), healthcare professionals (2.37%), and researchers studying ALS (0.59%).

Subsequent analyses focused on patients only. This group had a median age of 66, based on 137 responses, and lived with an ALS diagnosis for a median of two years, according to 181 responses. A family history of ALS was reported by 16 (8.6%) of 186 patients.

A total of 194 patients answered survey questions about their gender, race and ethnicity. More than half (53.09%) identified as male and 46.39% as female; one patient preferred not to disclose gender.

Most respondents (92.78%) were white, while 2.06% identified as Latino/Hispanic and 2.58% preferred not to disclose their race/ethnicity. All other races and ethnicities collectively accounted for fewer than 3% of respondents.

Among the 194 patients who answered a question about education, most held either a bachelor’s degree (38.14%) or a graduate degree (27.84%; master’s, doctorate, law, or medical degree). Another 17.01% had completed an associate’s or trade school degree, while 14.43% had a high school diploma or GED. The remaining 2.58% reported another education level.

More than half (63.54%) of 181 patients responding reported having sporadic ALS, and 11.05% said they had familial ALS. The remaining had less common variants of ALS, such as progressive bulbar palsy or primary lateral sclerosis.

Based on 111 responses, most patients (85.59%) experienced their first symptoms in their limbs (spinal or limb onset), and were currently living with early-to-middle-stage disease (89.13%), according to 184 respondents.

Fatigue, upper body weakness, and lower body weakness were also the symptoms that most commonly seen as having the greatest impact on daily activities.

When asked about health insurance, most patients reported having Medicare (76.29%) or private insurance (41.24%). Only two of the 194 patients who answered this question said they had no insurance.

How were patients being cared for?

More than three-quarters of patients (76.24%) were taking medications to treat ALS, based on 181 responses, while 165 of 186 patients (88.71%) were on medications not related to the neurodegenerative disease.

The most commonly used disease-modifying therapy — that is, medications proven to help slow the progression of ALS — was Rilutek (riluzole), taken by 81% of 126 respondents. This was followed by Radicava (edavarone; 23%), and Exservan (riluzole; 0.92%).

Some patients also used treatments to manage ALS symptoms, with the most common being baclofen (24.6%), a muscle relaxant; Nuedexta  (dextromethorphan/quinidine; 19.84%), a treatment for pseudobulbar affect; and Neurontin (gabapentin; 7.94%), a nerve pain medication.

Notably, patients were on the same treatment plan for a median of two years, according to 125 responses.

According to 74 patients, common reasons for stopping these treatments included lack of effectiveness (32.43%) and side effects (13.51%).

How patients viewed their life quality and care

A total of 194 patients answered survey questions about their quality of life and their feelings about the future.

Despite patients’ general discontent with their life quality and future perspectives, less than one-quarter reported being somewhat (11.45%) to extremely dissatisfied (12.21%) with their treatment plan, based on 131 responses. The remaining were extremely satisfied (9.16%) or somewhat satisfied (31.3%), while over one-third were neither satisfied nor dissatisfied (35.88%).

In line with these treatment satisfaction rates, only 17 (12.5%) of 136 respondents were considering switching their current medications, most commonly Rilutek. The most common reason for considering such a change were concerns about effectiveness (47.75%), according to 16 respondents.

Notably, about 70% of the 167 patients who answered a question about clinical trials expressed interest in participating. Among them, 44.31% said they were “extremely likely” and 25.75% were “somewhat likely” to take part. Only 13.77% reported being unlikely to participate in a clinical trial, and 16.17% said they were “neither likely nor unlikely.”

Collectively, the survey’s results highlight a large proportion of ALS patients who are dissatisfied with their quality of life and pessimistic about the future, despite an overall satisfaction with medical care and health insurance.

These findings also support the need for highly effective ALS therapies and better approaches in improving patients’ quality of life and understanding their needs.

“BioNews is presently investigating quality of life determinants across many rare diseases to better inform the patient and all members of these communities,” Harney said.