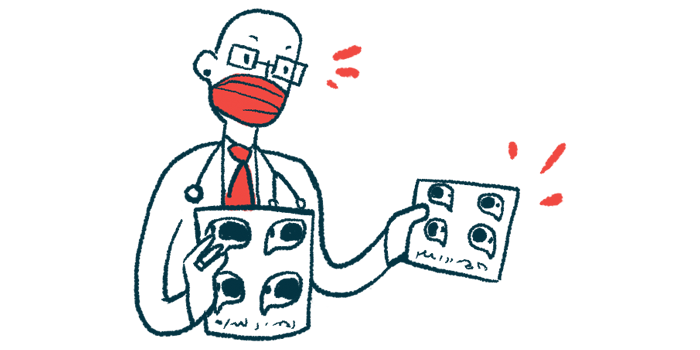 The two most common measures used in amyotrophic lateral sclerosis (ALS) assessments — the ALS functional rating scale-revised (ALSFRS-R) and forced vital capacity (FVC) — can predict survival more accurately when used together, according to a recent study.

Alone, these measures had a similar predictive ability, but the weak correlation observed between them suggests they inform distinct aspects of survival. Because of this, researchers recommend that both become part of routine ALS care.

The study, “Relative Effects of Forced Vital Capacity and ALSFRS-R on Survival in ALS,” was published in the journal Muscle & Nerve.

FVC and the ALSFRS-R use different measures to grade a person’s respiratory function, and the ability to perform daily tasks, respectively.

Although physicians use each test to estimate a patient’s survival, how well FVC and the ALSFRS-R correlate to each other — the degree to which the results of one are independent of the results of the other — has remained unknown.

To better understand the relationship between these two measures, and to find a more accurate predictor of survival in ALS, researchers from the University of Missouri-Columbia scanned the records of 2,050 ALS patients from the Pooled Resourced Open-Access ALS Clinical Trials database, which contains information from 23 Phase 2 and Phase 3 clinical trials, with at least one year of follow-up.

Their results showed that FVC and the ALSFRS-R were weakly correlated — including with respect to the respiratory sub-scale of ALSFRS-R — and that each performed similarly to the other in predicting survival at one year.

They performed better, however, when used together, implying that each provides information about different aspects of survival.

The researchers proposed establishing cutoff values for both FVC and ALSFRS-R, to separate patients into high- and low-risk categories. Past studies also have attempted to establish such prognostic cutoff values, but “it is unknown whether these cutoffs generalize to other populations,” the investigators wrote.

Based on their present results, the team suggested an FVC value of 80% and an ALSFRS-R score of 38. Respectively, this means being able to inhale and then breathe out 80% of that volume of air, and having no more than mild-to-moderate disability.

Notably, 80% FVC often is considered the lower end of the normal range for healthy lungs.

The investigators observed “improved survival” among individuals in the study whose values were above those thresholds, compared to those below.

Although they suggest that future studies evaluate periods of time greater than one year, the team concluded their study “shows the novelty of using baseline FVC and ALSFRS-R to produce a categorical system that is stronger at predicting survival than either FVC or ALSFRS-R alone.”

“Future investigation,” they continued, “should assess the clinical implications of these findings, and whether they generalize to other ALS clinical trial groups or population cohorts.”