'Breakthrough' method could be applied to study ALS, similar diseases 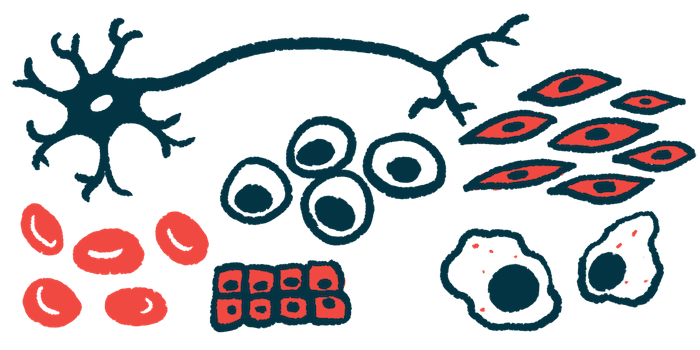 Scientists have developed a new method that allows them to grow mature nerve cells from stem cells — a technique that could be applied to study diseases like amyotrophic lateral sclerosis (ALS).

“For the first time, we have been able to see adult-onset neurological protein aggregation in the stem cell-derived ALS patient motor neurons. This represents a breakthrough,” Evangelos Kiskinis, PhD, co-author of the study, said in a university press release. Kiskinis is a professor at Northwestern University in Evanston, Illinois.

The method also also have applications in the development of cell replacement therapies for ALS and other neurological disorders, researchers say.

Induced pluripotent stem cells, or iPSCs, have revolutionized cell studies for neurological disease. By using a specific set of biochemical manipulations, easily accessible cells like skin or blood cells can be transformed into a stem cell. The stem cell then can be grown into other types of cells, including neurons (nerve cells).

Although neurons derived from iPSCs have become an important research tool, there are notable limitations to this approach: iPSC-derived neurons generally do not reach full maturity, and they do not survive very long. This is a problem in research, and it also means that iPSC-derived neurons are not well-suited for therapeutic use.

“When you have an iPSC that you manage to turn into a neuron, it’s going to be a young neuron. But in order for it to be useful in a therapeutic sense, you need a mature neuron. Otherwise, it is like asking a baby to carry out a function that requires an adult human being,” said Samuel Stupp, PhD, a study co-author at Northwestern.

One of the major factors that limits neuron development in traditional iPSC systems is the lack of an extracellular matrix (ECM) — the network of proteins and other molecules that surrounds cells. The ECM provides critical scaffolding to give tissue its structure, and also provides signals to cue cell development and activity.

Importantly, the ECM is not a static structure; instead it is in constant, dynamic motion. Signaling molecules in the ECM, and the cellular receptors they interact with, can move hundreds or thousands of times per second.

“These timescales are so fast that they are difficult to grasp,” Stupp said.

In this study, researchers developed a synthetic version of the ECM that could be used to facilitate the development of more mature neurons from iPSCs. Simplistically, the synthetic ECM contained threadlike molecules arranged in a manner similar to a net or mesh, and decorated with signaling molecules that promote neuronal growth. The “threads” are arranged in such a way that they are constantly slipping and sliding over and around each other in a manner similar to the ECM.

“The reason we think this works is because the receptors move very fast on the cell membrane and the signaling molecules of our scaffolds also move very fast,” Stupp said. “They are more likely to be synchronized. If two dancers are not in sync, then the pairing doesn’t work. The receptors become activated by the signals through very specific spatial encounters. It also is possible that our fast-moving molecules enhance receptor movement, which in turn helps cluster them to benefit signaling.”

In a battery of experiments, the researchers demonstrated that their synthetic ECM could be used to produce more mature iPSC-derived neurons. Notably, they showed that the best effects were obtained with the most dynamic, fast-moving set of molecules.

“Our results suggest an important role for motion in cell signaling,” the team wrote, adding that the result “provides direct evidence for the critical importance of signal motion in mediating cellular behavior.”

The researchers next used their new system to generate iPSC-derived neurons that harbor a mutation in the SOD1 gene, which is found in 12–20% of familial ALS cases and 1–2% of sporadic cases. The mutated gene leads to production of abnormal SOD1 protein, which forms clumps in cells.

When neurons were generated using the synthetic ECM system, the number of cells with SOD1 protein clumps was significantly higher compared to when other methods were used. This suggests these neurons could be a valuable tool for future studies.

“It’s unclear how the aggregation triggers the disease. It’s what we are hoping to find out for the first time,” Kiskinis said.

The researchers speculated this technology also could be applied toward the development of cell replacement therapies for ALS, though they stressed that a lot more research is needed before such treatments are feasible.

“We could integrate our coating into large-scale manufacturing of patient-derived neurons for cell transplantation therapies without immune rejection,” Stupp said.

“Cell replacement therapy can be very challenging for a disease like ALS, as transplanted motor neurons in the spinal cord will need to project their long axons to the appropriate muscle sites in the periphery but could be more straightforward for Parkinson’s disease,” Kiskinis said. “Either way this technology will be transformative.”