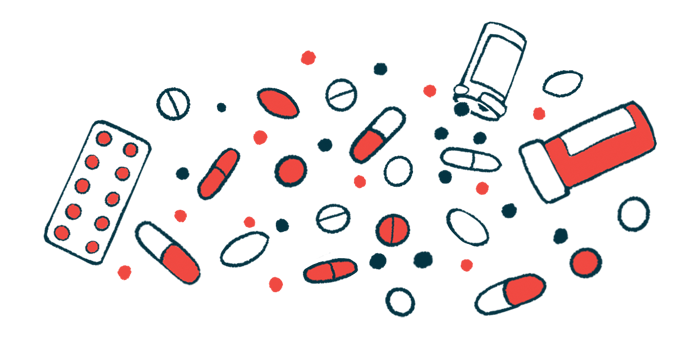 Its market availability comes about 1.5 months after the therapy was conditionally approved by Health Canada for this neurodegenerative disease.

The regulatory decision was based on data from the CENTAUR Phase 2 clinical trial (NCT03127514) and its extension study (NCT03488524), which showed that Albrioza significantly slowed ALS patients’ functional decline and reduced their risk of death.

Full approval is dependent on results from the larger, ongoing PHOENIX Phase 3 trial (NCT05021536) — expected in 2024 — as well as other ongoing or planned studies. PHOENIX is still recruiting eligible adult patients in various European countries; contact and site information is available.

Similar approval applications are being reviewed by health authorities in Europe and in the U.S., with a U.S. decision expected by Sept. 29.

“We have remained steadfast in our commitment to ensure Albrioza would be available in Canada as quickly as possible,” Margaret Olinger, Amylyx’s chief commercial officer, said in a company press release.

“We are pleased that starting this week, we are ready to fill prescriptions for Albrioza,” Olinger added.

The Pan-Canadian Pharmaceutical Alliance collaborates in price negotiations with the therapy’s manufacturer on behalf of public payers, including all provincial governments and the federal government. Each Canadian province and territory then decides whether to fund the therapy.

“In addition, private insurers have their own review and listing processes,” Aiello said.

“We continue to work diligently to navigate reimbursement processes to pursue broad and equitable access to Albrioza across all provinces in Canada,” Aiello added.

“We urge the decision-makers throughout the drug access and reimbursement process,” said Tammy Moore, CEO of the ALS Society of Canada, “to work expeditiously to provide equitable access for all eligible Canadians living with ALS who are in desperate need.

“As we look forward, we do not want to see coverage decisions become a barrier to access,” Moore added.

Amylyx is also providing insurance navigation, treatment coordination, and educational support to ALS patients prescribed Albrioza in Canada and their caregivers through its Amylyx Care Team Support Program. Eligibility and enrollment into the program can be discussed with prescribing healthcare professionals.

Albrioza is a fixed-dose combination of two small molecules — tauroursodeoxycholic acid and sodium phenylbutyrate — thought to protect nerve cells from the cellular stress-induced damage implicated in ALS. The therapy is taken twice daily by mouth or via feeding tube.

The CENTAUR Phase 2 trial tested six months of treatment with Albrioza against a placebo in 137 adults with rapidly progressing ALS. Most participants chose to enter the extension study, in which all were given the therapy for about 2.5 years.

Top-line results showed that the study met its main goal, with Albrioza-treated patients showing a significantly slower functional decline, compared with those on a placebo.

Analyses of data spanning both CENTAUR and its extension study indicated that Albrioza lowered the risk of tracheostomy, permanent assisted ventilation, or hospitalization by 47%. Tracheostomy involves the insertion of a tube into the windpipe to make breathing easier.

In addition, patients originally assigned to Albrioza had a 61% lower risk of death, living a median of 10 more months compared with an estimated survival if those given a placebo had stayed on placebo during the open-label extension.

Amylyx launched the 11-month PHOENIX Phase 3 trial to confirm the therapy’s superiority over a placebo in a larger patient population. Up to 600 adults who developed ALS symptoms in the past two years are being enrolled; recruitment is finished in the U.S. and ongoing across Europe.