Diminished activity in the C9orf72 gene that is linked with amyotrophic lateral sclerosis (ALS) affected the neuromuscular junction — where nerve and muscle cells connect — in a zebrafish model, establishing the model as a disease research tool and the gene’s role in ALS symptoms.

Zebrafish in this C9orf72 loss-of-function model showed “motor defects, muscle atrophy, motor neuron loss and mortality in early larval and adult stages,” scientists reported. As such, they expect the model will be of use in testing medicines aiming to restore communication between nerve cells and muscles.

ALS is characterized by the shrinkage and death of motor neurons that control voluntary muscle movement. A defective C9orf72 gene, which results in an abnormal protein of the same name, is the disease’s most common genetic cause, occurring in about 50% of hereditary cases and up to 10% of sporadic cases.

Analysis of tissues and cells isolated from ALS patients indicate this genetic defect causes a loss of C9orf72 function, but the exact mechanism leading to disease remains poorly understood.

Studies in patients and ALS animal models suggest this loss of function impairs synapses that connect the end of motor nerve cells and muscle cells at the neuromuscular junction (NMJ) — the place where nerves and muscle cells communicate.

“This synaptic dysfunction is observed in all people with the disease and occurs before the death of motor neurons,” Zoé Butti, the study’s first author and a PhD student at the Institut national de la recherche scientifique (INRS), said in a press release.

To explore these mechanisms further, Butti and a research team based at the INRS-Centre Armand-Frappier Santé Biotechnologie in Québec, Canada, examined the impact of reduced C9orf72 gene activity on the neuromuscular system of zebrafish.

Of note, zebrafish are a standard research model. They have a similar genetic structure to people, are easy to maintain, and their eggs develop outside the mother’s body, which facilitates the study of early development.

After establishing the ALS zebrafish model — which had about half of normal C9orf72 gene activity — the researchers found that most embryos died a few weeks after fertilization. Compared to healthy zebrafish, the ALS fish had a 2% to 5% survival rate after 15 days. Those that survived without physical defects showed a significant decrease in motor activity.

An examination of their neuromuscular junctions at the time poor motor activity became evident (six days post-fertilization, commonly abbreviated by scientists to dpf) found a significant reduction in synaptic markers in the ALS fish, which was not observed at earlier timepoints.

“While the synaptic structures of the NMJ develop properly and are preserved at early larval stages in [ALS fish], they do start to degenerate as of 6 dpf,” the team wrote.

Further measurements showed a diminished frequency and strength of electrical nerve signals in connecting muscle cells at the neuromuscular junction.

The buildup and clumping of a protein called TDP-43 in nerve and muscle cells is a hallmark of ALS. Typically, TDP-43 is found in the nucleus, but muscle cells in the ALS fish model had this protein predominantly outside the nucleus, in the cells’ cytoplasm.

When mutant fish were given the genetic instructions to make a healthy C9orf72 protein, however, most of these alterations were rescued, becoming similar to a healthy group of control fish, which provided “strong evidence that C9orf72 silencing in zebrafish recapitulates a key pathological [disease-causing] hallmark of ALS,” the scientists wrote.

“In approximately 97% of ALS patients, the TDP-43 protein is depleted from the nucleus and forms aggregates in the cytoplasm rather than being in the nucleus, as is the case in healthy people,” said Kessen Patten, PhD, the study’s lead author and an ALS specialist at the INRS center. “We want to investigate this relationship between the two proteins further.”

Analysis of spinal cord motor neurons in adult ALS zebrafish found TDP-43 depleted in the cell nucleus, but aggregated in the cytoplasm.

Among the 24 proteins that were differentially produced in ALS fish and control fish, several were proteins required for synapses to work as they should. The top protein was SV2a, which is also diminished in neurons of patients with C9orf72-related ALS. Experiments confirmed that SV2a interacted with the C9orf72 protein.

Researchers also found that production of the protein Rab3a, essential for transporting the synaptic vesicles to the synapses of nerve cells, was lower in ALS fish.

“In conclusion, we generated a stable C9orf72-LOF model in zebrafish that recapitulated some major hallmarks of ALS and enhanced our understanding of ALS pathogenesis,” the researchers wrote. “Importantly, our findings demonstrate that loss of C9orf72 function impairs synaptic function at NMJs and result in motor deficits.” 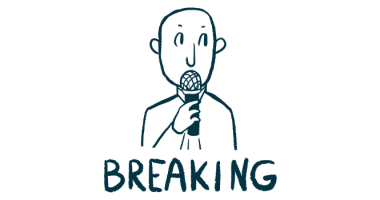