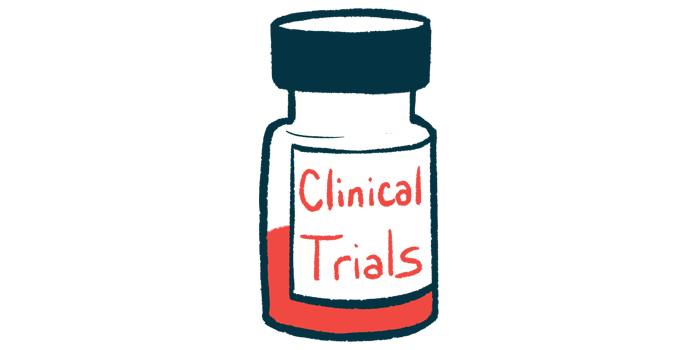 A new study is investigating the longer-term effects — over a one-year period — of the therapy candidate reldesemtiv in people with amyotrophic lateral sclerosis (ALS).

Cytokinetics has launched an open-label extension (OLE) study to evaluate the safety and effectiveness of reldesemtiv over a longer course in patients completing the COURAGE-ALS Phase 3 clinical trial.

In the OLE study, all participants will receive the therapy for an additional 48 weeks, meaning that those on reldesemtive since the start of COURAGE-ALS will complete up to two years of treatment. Those initially assigned to a placebo, meanwhile, will have been given the therapy for about 1.5 years in total.

“We are pleased to provide continued access to reldesemtiv through the open-label extension study of COURAGE-ALS as is aligned with our commitment to people with ALS,” Fady I. Malik, MD, PhD, Cytokinetics’ executive vice president of research and development, said in a press release.

“This open-label extension will also allow us to gather longer-term data related to the effect of treatment with reldesemtiv on disease progression in ALS,” Malik said.

Additionally, Cytokinetics expects to open a Managed Access Program (MAP) for reldesemtiv later this year for ALS patients who completed prior reldesemtiv trials. MAPs, also known as compassionate use programs, allow certain patients to access experimental therapies before their approval.

“ALS is a devastating, fatal disease with few approved therapies, and we recognize the urgency to provide access to people who have committed to our extensive clinical research while we also advance reldesemtiv in our ongoing Phase 3 clinical trial,” Malik said.

COURAGE-ALS is still recruiting participants at sites in North America, Australia, and Europe. Patients are able to continue their standard ALS treatment with riluzole (sold as Rilutek, Tiglutik, or Exservan) and Radicava (edaravone) throughout the trial.

Developed by Cytokinetics together with Astellas, reldesemtiv is an orally available small molecule that’s designed to increase the muscle’s ability to respond to weak nerve signals. It works by activating the troponin protein in fast-twitch skeletal muscle fibers — those that support quick, powerful movements like hopping, sprinting, and blinking the eyes.

The therapy is thought to have the potential to slow the progressive muscle weakness characterizing ALS and other neuromuscular diseases.

In FORTITUDE-ALS (NCT03160898), a prior Phase 2 clinical trial, reldesemtiv was found to slow lung and physical function decline in ALS patients compared with a placebo. But those differences failed to reach statistical significance. That meant that the trial, which had involved 458 ALS patients, failed to attain its main and secondary goals.

However, additional analyses indicated participants with shorter disease duration and moderate-to-fast progression at study entry showed the greatest benefits, suggesting this subgroup of patients could significantly benefit from the experimental therapy.

With this in mind, Cytokinetics launched the international COURAGE-ALS Phase 3 trial (NCT04944784). This trial is testing reldesemtiv against a placebo in up to 555 adults who experienced their first ALS symptoms within two years prior to enrollment and who show moderate-to-fast disease progression.

In an study update in December, Cytokinetics said that most of the initially enrolled patients had moderate-to-fast disease progression rates, meaning that the trial’s adjusted eligibility criteria were achieving the intended goal of raising the proportion of this subgroup of patients relative to FORTITUDE-ALS.

In COURAGE-ALS, participants are randomly assigned to receive an oral tablet of either reldesemtiv (300 mg) or a placebo, twice daily for 24 weeks, or about six months. Neither the researchers nor the participants know which patients are on the medication and which are getting the placebo.

Following the completion of that initial term, all patients will be given reldesemtiv for a further 24 weeks.

The study’s primary goal is to evaluate whether the therapy is superior to the placebo at slowing disability progression, as assessed with the ALSFRS-R, in the first 24 weeks.

Secondary goals include changes in lung function, handgrip strength, and quality of life. In addition, the study will evaluate a combined changes in total ALSFRS-R score, time to respiratory insufficiency, and death.

After completing the 48-week COURAGE-ALS trial, participants may choose to enter its OLE study, in which all will continue to receive reldesemtiv for 48 weeks to assess the therapy’s long-term effects.

The main objective will be to assess the occurrence of adverse events. Among the secondary goals are time to the first occurrence of respiratory insufficiency or death, time to first hospitalization, and the ALSFRS-R total score.

Similar to COURAGE-ALS, a combined measure of disability, time to respiratory insufficiency, and survival also will be included.

Following the completion of the COURAGE-ALS OLE study, patients may transition to Cytokinetic’s future Managed Access Program to continue treatment with reldesemtiv.

COURAGE-ALS is expected to be completed in March 2024.