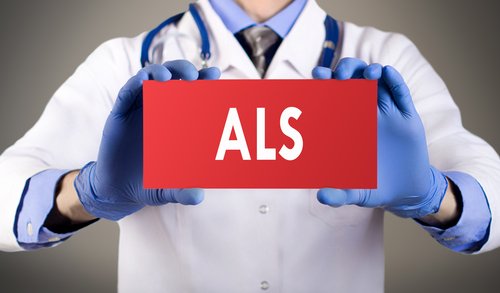 A new portable system provides insights into the altered tongue, lip, and jaw motion in amyotrohic lateral sclerosis (ALS) patients with a speech disorder called dysarthria. The instrument could be valuable for both diagnosis and treatment of speech impairment.

The study, “Articulatory Range of Movement in Individuals With Dysarthria Secondary to Amyotrophic Lateral Sclerosis,” appeared in the American Journal of Speech-Language Pathology.

Dysarthria is characterized by poor articulation and respiration, as well as difficulty speaking, and slurred and slowed speech, which may be hard to understand. It can be caused by ALS and other nervous system conditions, including Parkinson’s, multiple sclerosis, and other disorders associated with facial paralysis or muscle weakness in the tongue and/or throat.

Scientists at Penn State University in Pennsylvania analyzed the space used by different articulators — the tongue, lips, and jaw — in 22 ALS patients who read a paragraph with all sounds in American English.

They used a 3D, portable instrument, called the Wave system, that simultaneously measures the movement of the tongue, lips and jaw while also recording sound. The instrument contains sensors attached to the tongue to track its movement during speech production. It’s connected to a microphone and a computer, which stores the information.

Results revealed that, in patients with more severe dysarthria, there was less range of motion in the tongue, but more in the lower lip and jaw.

“This highlights the importance of range of motion for speech production, and indicates that if we change range of motion in people with the disorder, if we ask them to expand their overall work space for speech production, then we may see more understandable speech,” Ji Min Lee, PhD, the study’s lead author and an assistant professor of communication sciences and disorders at Penn State, said in a press release.

Lee said that although it had been previously assumed, the different range of motion in people with dysarthria had not been tested, adding that the research, an extension of a prior study with 14 ALS patients, “provides important evidence regarding the different amount of impairment across articulators as well as its high sensitivity to the severity of dysarthria. This has values for both intervention and diagnosis of dysarthria.”

“The articulatory working space measure could be useful for estimating speech dysfunction in ALS,” the researchers wrote in the study. The approach could also be used to develop ways to improve speech in patients with ALS and other neurological conditions, they believe.

“In order to help people with ALS use their speech as long as possible, we will continue to identify what types of movement will generate speech signals that are easier to understand,” Lee said.

Lee added that the typical loss of speech with ALS worsening is accompanied by deteriorated tongue function, but relatively preserved jaw function. “These two articulators work together for speech production. Thus, we are trying to find a way to enhance their speech intelligibility by looking at tongue and jaw movement characteristics simultaneously,” she said.