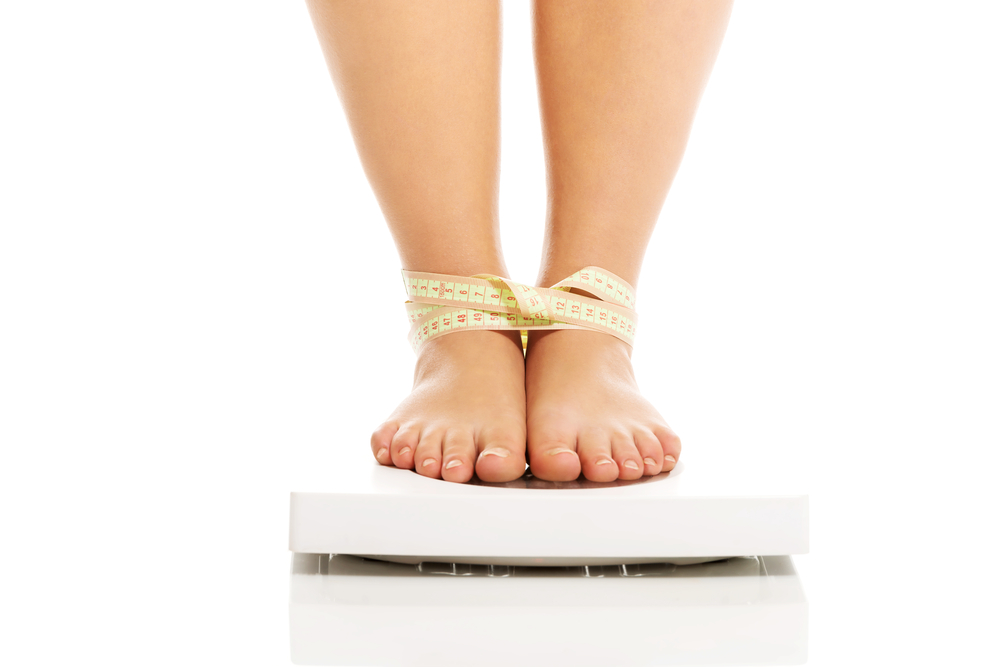 Weight loss at the time of diagnosis appears common among people with amyotrophic lateral sclerosis (ALS), regardless of whether they have dysphagia or other bulbar-onset symptoms, a study looking at more than 2,400 patients found.

A severe degree of weight loss is associated with a higher risk of death, its researchers reported, indicating that body weight may be an important prognostic factor of survival. Care to avoid a sudden drop in weight may need to be tailored to the individual.

The study, “Prognostic value of weight loss in patients with amyotrophic lateral sclerosis: a population-based study,” published in the Journal of Neurology, Neurosurgery & Psychiatry.

With an estimated prevalence of 56%–62% in ALS patients, weight loss is a key clinical feature of the disease. It appears to have numerous causes, although patients with dysphagia (difficulty swallowing), and subsequent feeding problems are thought to be the main triggers.

“Despite the value of these studies, they vary significantly in definition, methodology and/or results. Consequently, the direct associations between survival, WL [weight loss] or BMI loss … remain dubious,” the researchers wrote.

To investigate the potential prognostic value of BMI and weight loss in ALS, researchers carried out a large population-based study, using patient information stored at the national database of The Netherlands ALS Centre in Utrecht.

Their study included data on 2,420 people diagnosed with ALS between 2010 and 2018. When possible, investigators gathered detailed patient information, including disease features, ALS-related genetic profile, and cognitive abilities at diagnosis or within three months of that diagnosis.

Statistical analyses were used to identify possible relationships between weight loss and patients’ risk of death during follow-up.

A higher percentage of patients with thoracic/respiratory disease-onset claimed to have lost weight (86.6%), followed by those with bulbar-onset (71.8%), and those with spinal-onset (64.2%).

Of note, bulbar-onset ALS is marked by initial symptoms of weakness or wasting of muscles involving the head and neck, while thoracic/respiratory onset affects muscles that move the chest and lungs and are essential for breathing; sometimes lumped with bulbar-onset, it was a separate category in this study. Spinal-onset disease is first felt in the muscles of the arms and legs.

Patients with thoracic/respiratory-onset had the most severe drop in weight, losing an average of 11.0% of their body weight at time of diagnosis. This was followed by those with bulbar-onset (6.9%), and spinal-onset ALS (5.5%).

At diagnosis, weight loss was observed in 73.5% of those with dysphagia, and in 62.8% of those who did not have swallowing difficulties, suggesting that “WL is not solely related to dysphagia,” the researchers wrote.

Analyses also found that weight loss was a strong independent predictor of patients’ survival. According to statistical models, each time patients lost 10% of their body weight, their risk of death rose by 23%.

“This population-based study shows that two-thirds of the patients with ALS have WL at diagnosis, which also occurs independent of dysphagia, and is related to survival,” the researchers wrote.

Potential factors influencing weight loss range from muscle weakness due to motor neuron damage to loss of appetite — reported in 29% to 47% of all ALS patients — to “loss of autonomy due to disease progression or side effects of medication,” they added.

Preventing severe weight loss will likely require care tailored to those factors that most affect a given patient.

“Multifactorial causes are involved in the genesis of WL, and sorting out these causes in every individual patient with ALS might result in well-tailored care, and improved therapeutic strategies,” the researchers concluded.