Rare mutations in the TP73 gene, which is involved in the regulation of a cell’s life cycle, may put a person at greater risk of amyotrophic lateral sclerosis (ALS), according to a genetic analysis of nearly 2,900 sporadic ALS patients.

Such mutations were found to affect the maturation and survival of motor neurons in zebrafish, in ways similar to those seen in ALS patients.

“Our study has identified a new genetic risk factor for sporadic ALS,” Lynn B. Jorde, PhD, the study’s senior author and chair of the department of human genetics at the University of Utah, said in a press release.

Nerve cell death appeared to be linked to these “rare mutations in the gene TP73,” indicating they “may be a factor in the development of ALS,” Jorde added. As such, this gene could be “a new target for researchers working to develop therapies to slow or even stop the progression of ALS.”

The study, “Pathogenic effect of TP73 Gene Variants in People With Amyotrophic Lateral Sclerosis,” was published in the journal Neurology.

ALS is caused by the progressive loss of motor neurons, the specialized nerve cells that control voluntary movement.  Both genetic and environmental factors can contribute to its development.

However, “much remains unknown about the genetics and processes” that lead to ALS development, Jorde said.

“While known gene variants are critical determinants of 68% of familial ALS cases, they only account for 17% of sporadic ALS,” he added, noting that up to 61% of sporadic ALS is “believed to be influenced by genetic factors.”

Using a technique that examines all of a person’s protein-coding genes, the researchers found that five ALS patients had rare mutations in the TP73 gene, which were absent in the healthy group.

By expanding their analysis to two independent groups of patients — covering nearly 2,900 people with sporadic ALS —  the researchers identified a total of 24 different, rare mutations in TP73.

TP73, a family member of the tumor suppressor gene TP53, provides the instructions to produce p57, a protein that has two main forms: TA-p73 and delta-N-p73. While TA-p73 activates target genes that typically promote cell death, delta-N-p73 suppresses both TA-p73 and p53 (the protein coded by TP53), which is also required to regulate cell division and death.

In the nervous system, p73 is mainly present in its delta-N-p73 form, promoting nerve cell survival by preventing TA-p73 and p53-induced cell death.

Researchers then assessed the effects of the identified TP73 mutations in lab-grown muscle cells, and found these mutations affected the cells’ maturation and increased their rate of death.

Further tests revealed that the mutated delta-N-p73 protein could no longer bind to p53, being unable to prevent it from inducing cell death.

Deleting the TP73 gene in zebrafish was also found to impair motor neuron development, lead to abnormal nerve fiber structures, and to increase motor neuron death, similar to what is observed in ALS patients.

These findings highlight that TP73 mutations “have a damaging effect on protein function and that the protein created by this gene is necessary for nerve cell health,” Jorde said.

They also “strongly suggest that variants in TP73 correlate with risk for ALS,” the study concluded, “and indicate a role for apoptosis [cell death] in ALS disease pathology,” meaning its underlying mechanisms.

This work was supported by the National Institutes of Health and Target ALS, a medical research foundation for the disease. 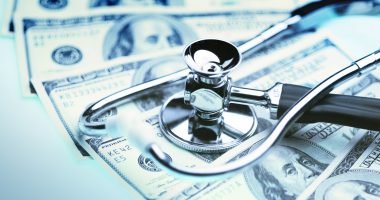