An ongoing Phase 3 trial paused over heart risk concerns has resumed enrollment in US, Europe The status is granted by the Swiss Agency for Therapeutic Products (Swissmedic) to therapies that seek to treat life-threatening or chronic diseases affecting no more than five in every 10,000 people in Switzerland.

It provides a range of incentives to accelerate a therapy’s development, including streamlining the approval process, fee waivers, and a 15-year document protection period compared with the standard 10-year period.

“We are pleased to be granted orphan drug status for masitinib from Swissmedic,” Olivier Hermine, MD, president of the scientific committee of AB Science, said in a company press release. “This represents another important step in our progress and commitment to provide a new treatment option to ALS patients internationally.”

Hermine is also a professor of hematology at Descartes University and chief of adult hematology at Necker Hospital in Paris, France.

Masitinib is a small molecule that works by blocking certain tyrosine kinase proteins needed for the activity of microglia and mast cells, two immune cell types thought to contribute to the nerve cell damage that’s behind the symptoms of ALS.

The therapy has been investigated in a Phase 2/3 clinical trial, called AB10015 (NCT02588677), as an add-on to the approved ALS treatment Rilutek (riluzole). A total of 394 ALS patients were randomly assigned to receive one of two masitinib doses (3.0 or 4.5 mg per kg per day) or a placebo, in addition to Rilutek, for about 11 months.

These benefits are now being confirmed in an ongoing Phase 3 clinical trial (NCT03127267) called AB19001. It aims to include up to 495 adults diagnosed in the last two years who will receive a 4.5 or 6 mg/kg daily dose of masitinib, or a placebo, also with Rilutek.

The main goal is to determine whether masitinib slows disease progression over 48 weeks (almost a year) and how safe it is versus a matched placebo.

AB19001 was put on hold for some time due to concerns about a potential risk of heart-related complications as a treatment side effect. After a change in the trial’s protocol to include closer heart health monitoring, AB Science is has been cleared to resume enrollment in the U.S. and some countries in Europe.

The medicine has already won orphan drug status in the U.S. and European Union, where an application for its conditional approval is under review. If approved, the therapy will be marketed in Europe under the name Alsitek. 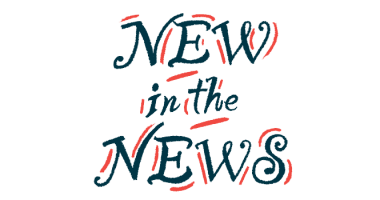 Masitinib Again Under Review in EU as Potential ALS Treatment