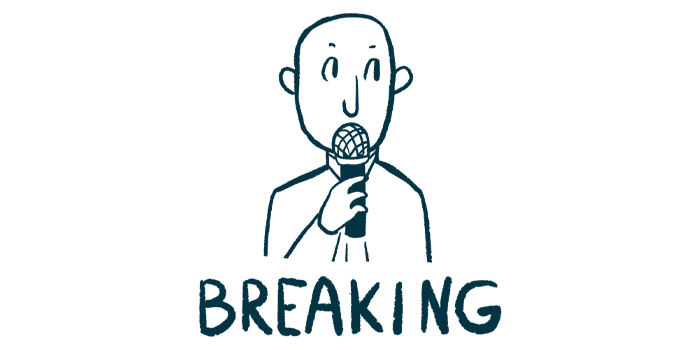 Brainstorm Cell Therapeutics is preparing to file an application with the U.S. Food and Drug Administration (FDA) requesting approval of its cell-based therapy NurOwn for amyotrophic lateral sclerosis (ALS).

The decision to submit a biologics license application was based on “the totality of the evidence from NurOwn’s clinical studies, and the feedback received from key opinion leaders and the broader ALS community,” Chaim Lebovits, Brainstorm’s CEO, said in a company press release announcing second quarter financial results and a corporate update.

It follows the discovery of an error in the analyses of clinical trial results for NurOwn that prompted the company’s publication of corrected data. That data showed stronger efficacy for the therapy — with NurOwn achieving statistical significance on a key secondary trial endpoint for multiple patient subgroups.

NurOwn is made of mesenchymal stem cells (MSCs) collected from a patient’s bone marrow, which are able to differentiate into several cell types.

These MSCs are grown in the lab and matured into cells that produce high levels of neurotrophic factors — molecules that promote nerve cell growth and survival. They are then injected into the patient’s spinal canal to promote and support nerve cell repair, which is expected to help slow disease progression.

Brainstorm then launched a Phase 3 clinical trial (NCT03280056) to confirm the therapy’s benefits in a larger population of fast-progressing ALS patients: 127 men and 62 women. The participants were randomly assigned to receive three injections of either NurOwn or a placebo, directly into the spinal canal every other month.

The study’s main goal was to assess the number of “responders” through week 28 (just over six months), defined as those showing at least a 1.25-point slower rate of decline in their ALSFRS-R scores than in the 12 weeks (three months) leading up to the trial.

Secondary goals included other ALSFRS-R-based measures, such as change in total scores, lung function, and a combined analysis of function and survival.

Top-line data showed that NurOwn was associated with a greater proportion of “responders” compared with a placebo (32.6% vs 27.7%), but these differences failed to reach statistical significance. This meant that the study’s main goal was not attained.

Secondary goals also were not met, including in a pre-specified group of patients with less advanced disease (ALSFRS-R scores of 35 of higher) at study’s start, or baseline. These patients showed larger treatment effects with NurOwn (34.6% vs. 15.6% of “responders”), which were deemed clinically meaningful, but not statistically significant.

However, additional analyses revealed significantly greater proportions of “responders” with NurOwn when considering other ALSFRS-R thresholds, such as scores equal or higher than 27, 28, or 31.

Several of these subgroups of patients with less severe disease also showed a lower ALSFRS-R score reduction — of about two points, which is considered clinically meaningful — during the study, compared with those with more advanced disease.

Subsequently, NurOwn’s benefits in patients with less severe disease were found to be even more pronounced, after Brainstorm found an error in the statistical model used in subgroup analyses of changes in ALSFRS-R scores over time.

The efficacy model “unintentionally deviated from the trial’s pre-specified statistical analysis plan by erroneously incorporating interaction terms between the subgroup and treatment,” Brainstorm stated in the release.

Corrected data have now been published in the journal Muscle & Nerve in the form of an erratum, along with supporting information to the publication.

“With the correction, the Phase 3 data are stronger than originally thought, as we have achieved statistical significance on a key, important secondary endpoint for multiple subgroups, including the trial’s pre-specified efficacy subgroup,” Lebovits said in the conference call.

Corrected data demonstrated that, among the pre-specified group of patients with ALSFRS-R scores of at least 35, NurOwn treatment resulted in a statistically significant and clinically meaningful reduction in disease progression, compared with a placebo.

The correction also meant that significant group differences were now observed for this endpoint in all subgroups of patients with ALSFRS-R baseline scores of at least 27 through at least 35.

According to Lindborg, the corrected data “are consistent with other analysis from the study,” and “also suggest a clinically meaningful treatment effect with NurOwn in patients with less advanced disease.”

NurOwn treatment, which was generally well-tolerated, also significantly reduced the levels of several neuroinflammation and neurodegeneration biomarkers in the cerebrospinal fluid, the liquid that surrounds the brain and spinal cord. In contrast, these biomarkers remained unchanged with placebo.

“The continued analysis and the feedback received from the many scientific presentations of NurOwn’s Phase 3 data have uncovered key insights that furthered our understanding of the product mechanism of action and therapeutic potential and strengthened the conclusions of NurOwn’s efficacy,” Lebovits said in the release.

“We are deeply grateful to the ALS clinical experts, members of the ALS community and faithful investors for their contribution to the development of NurOwn and what it may mean to those living with ALS,” Lebovits added.

Brainstorm is still discussing with the FDA whether to request NurOwn’s approval for all ALS patients, or a subgroup, such as those with early stage, fast-progressive disease, Lebovits said in the call.

“We will update the community only when we’ve got definite feedback from the FDA in the submission,” Lebovits added.